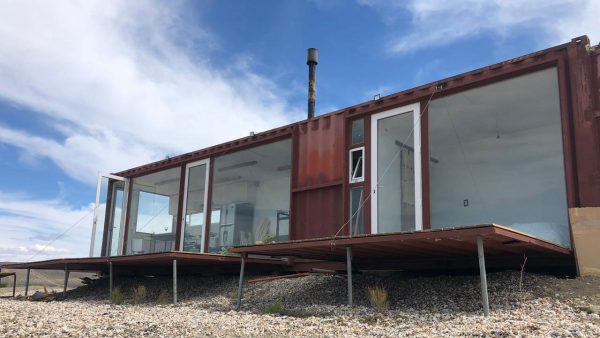 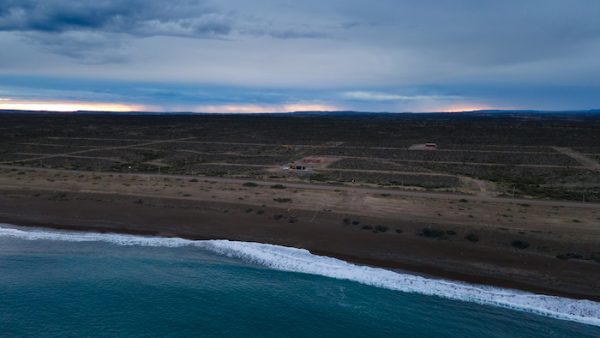 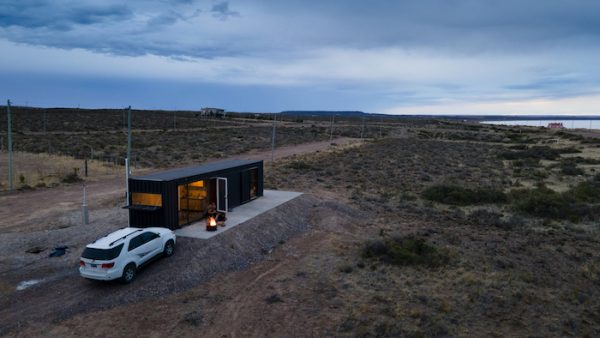 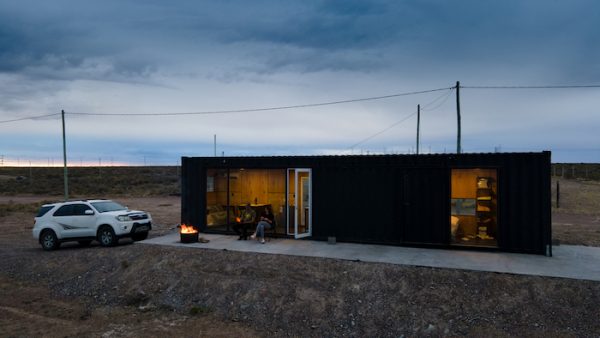 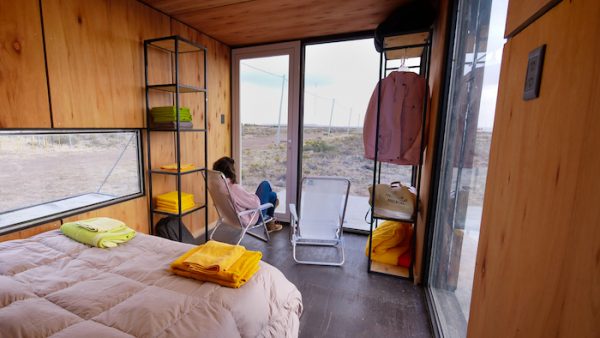 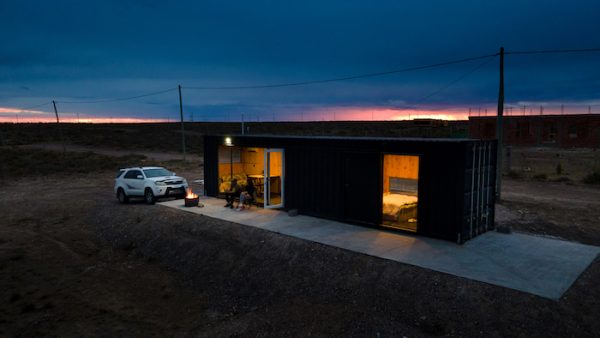 Luxury container on the Atlantic Coast

Stay in a trailer equipped with everything you need to spend 2 nights on the Atlantic coast.

The trailer is equipped to receive 2 people (double bed).
You have a bathroom with a shower and a kitchen to prepare quick meals.

The accommodation Trailer is located on Route 1 between the cities of Comodoro Rivadavia and Trelew (both with an airport).
The trailer is located in the middle of the desert and facing the Atlantic Ocean.

Just 1KM you will have a town called Camarones, where you can find a grocery store, the odd bar and a restaurant.
From Buenos Aires we recommend you take a plane to the city of Comodoro Rivadavia or Trelew and rent a vehicle for your trips.

How to get there from Comodoro:
You must take route 3 north, passing the Garayalde gas station where route 30 begins, which leads you to Camarones and then connect with route 1 heading north until kilometer X where you will find the Trailer.

If you come from Trelew:
You should also take route 3 but heading south, before reaching the Garayalde gas station you should take route 30 that connects with the town of Camarones, from there you connect with route 1 heading north to kilometer X where you will find the Trailer.
Cabo Dos Bahías
The Cabo Dos Bahías Protected Natural Area is the most valuable natural attraction in the area. Located 28 kilometers south of the Trailer on Route 1, El Cabo dos bahías will allow you to appreciate a beautiful landscape of different shades, where the sea, its foam and the rocks of the coast generate strong contrasts. In addition, the cape concentrates an important colony of Magellanic penguins, along with a large number of guanacos, rheas and foxes that are used to photographs.

Bahía Bustamante Ranch
At “only” 45 kilometers from the Trailer is the Estancia Bahía Bustamante, an old algüero establishment converted to tourism that has the possibility of taking boat trips to see local fauna: sea lions, different birds and a small colony of Magellan penguins

Shrimp Penguin
This natural area aims to preserve the life of a species of seabird that lands on the Argentine coast every year to carry out its reproduction cycle: The Magellanic Penguins.
You can tour the colony and observe an area full of caves and the activities that these birds carry out. While some dug their caves, others moved from one place to another leaving their chicks behind.
They lay their eggs inside the caverns. As the eggs hatch, they take care of their young. The male is somewhat taller than the female. The latter lay their eggs in early October and breed for 40 days. Both parents monitor the nest and their young together.

The Pingüinera de Camarones contemplates an area of 3 kilometers long and 600 meters wide that protrudes from the sea, with beaches of sand, clay and gravel. The penguins constantly cross this territory to dive into the sea and catch the anchovies and the small squid that they love so much.
Coastal Maritime National Park
Created in 2009, it is one of the most recent national parks in Argentina. The “Patagonia Austral” Coastal Marine Interjurisdictional Park occupies the north coast of the San Jorge Gulf and its adjacent marine zone, between Cape Dos Bahías and Quintano Island, southeast of the province of Chubut.

It is located between the towns of Camarones and Comodoro Rivadavia and has an area of more than 100 square kilometers.